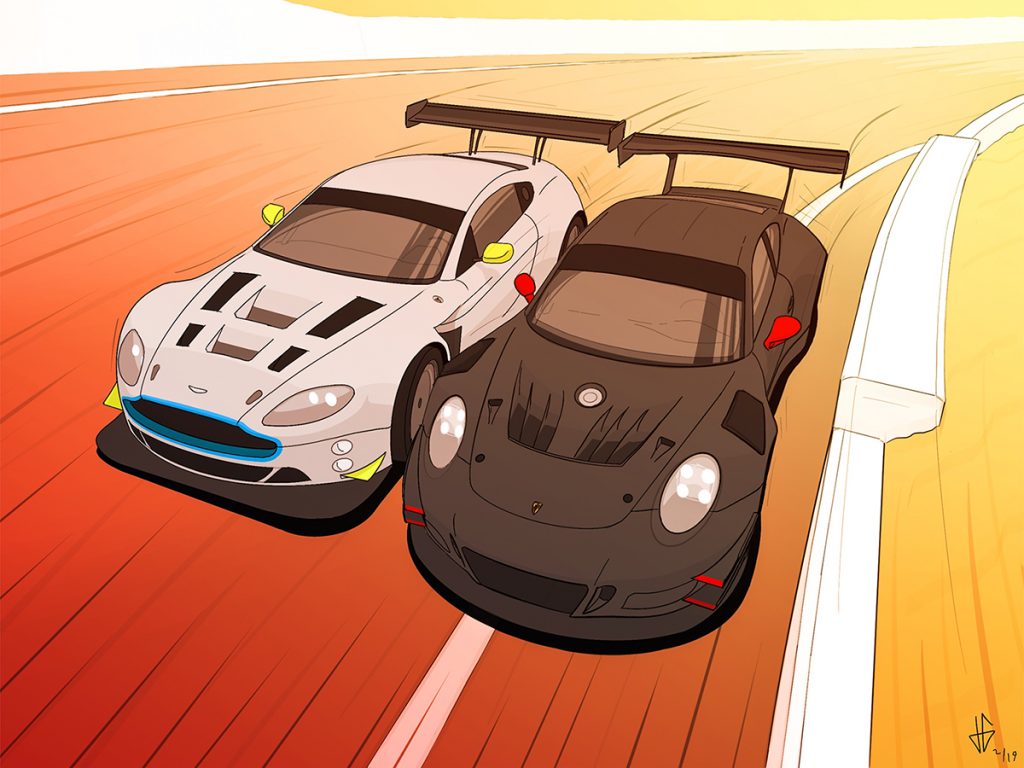 The 2019 running of the Bathurst 12 hours proved to be another classic with a tremendous battle for the lead that ran right to the wire. 20 minutes of the race remained as the field was released from behind the safety car for the final time with Jake Dennis’ Aston Martin Vantage leading Matt Campbell’s Porsche. The Aston had the edge on the long straights of Bathurst whilst the Porsche had the advantage across the twisty mountain section of the lap, where the opportunity to pass is almost non-existent. Because of this Matt Campbell had to seize his opportunity; and with 9 mins remaining he pulled off an outrageous pass into Forrest’s Elbow – a pass that would claim Earl Bamber’s Porsche team the win.

GT3 cars running around the Mount Panorama circuit is quite something to watch and after the race was done I created a couple of illustration pieces inspired by the event, including the pass for the win. If you missed any of the race, the full replay is available on youtube and the last 20 mins can be seen HERE. 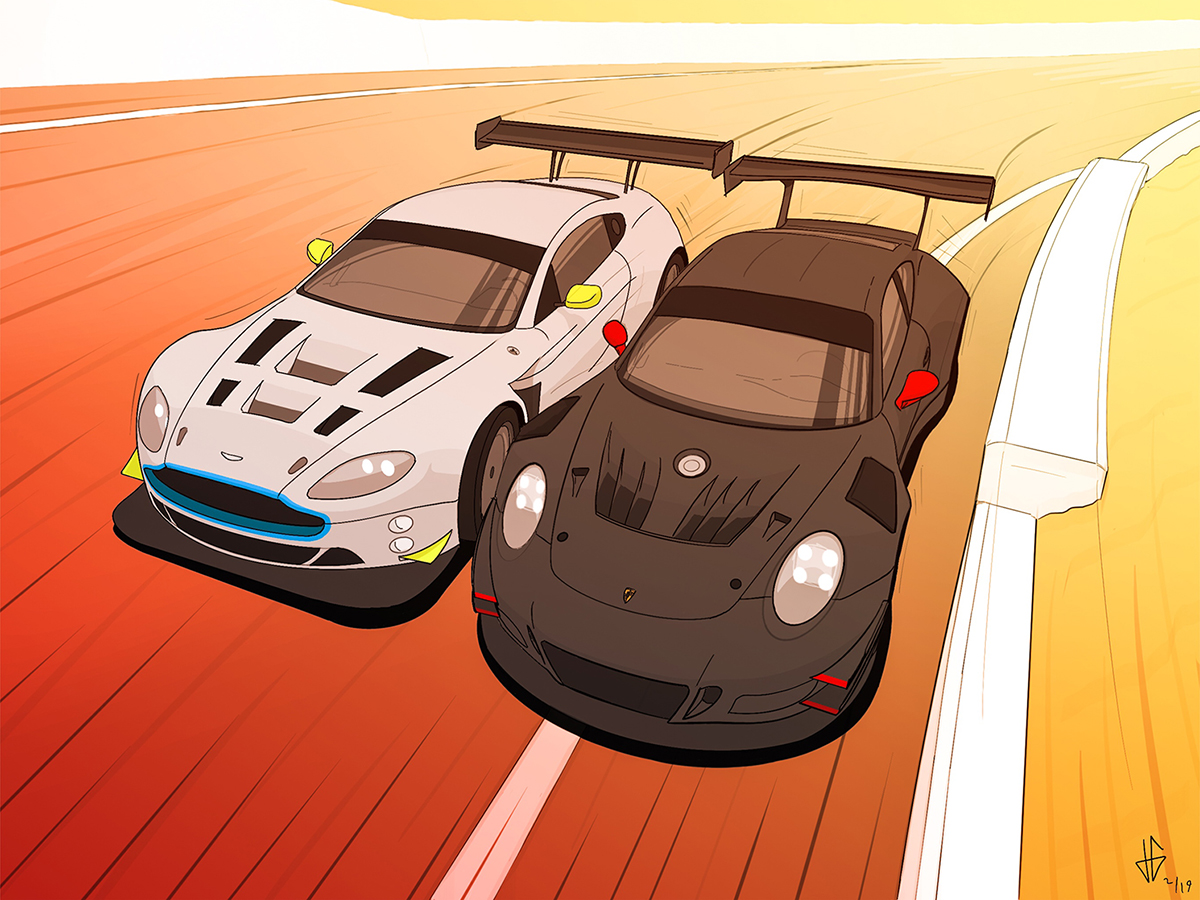 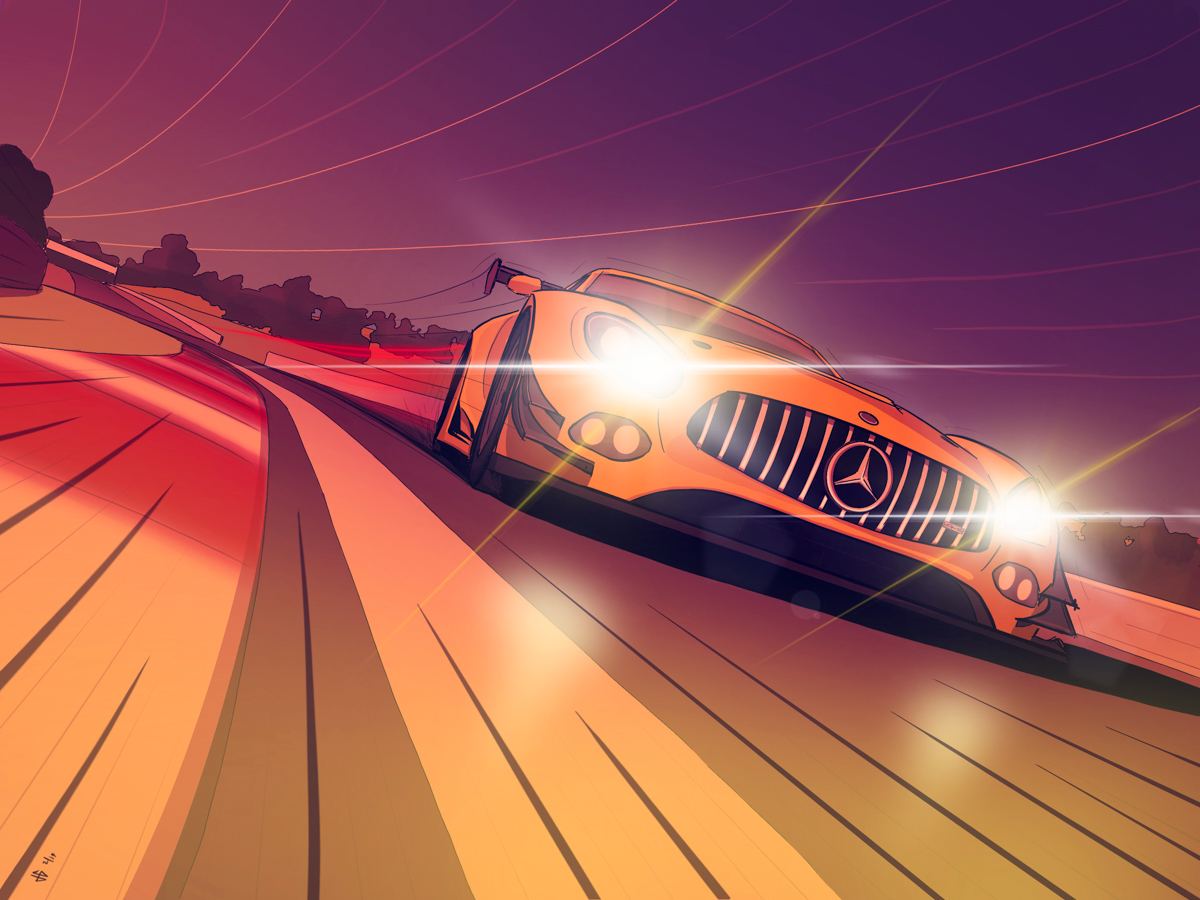