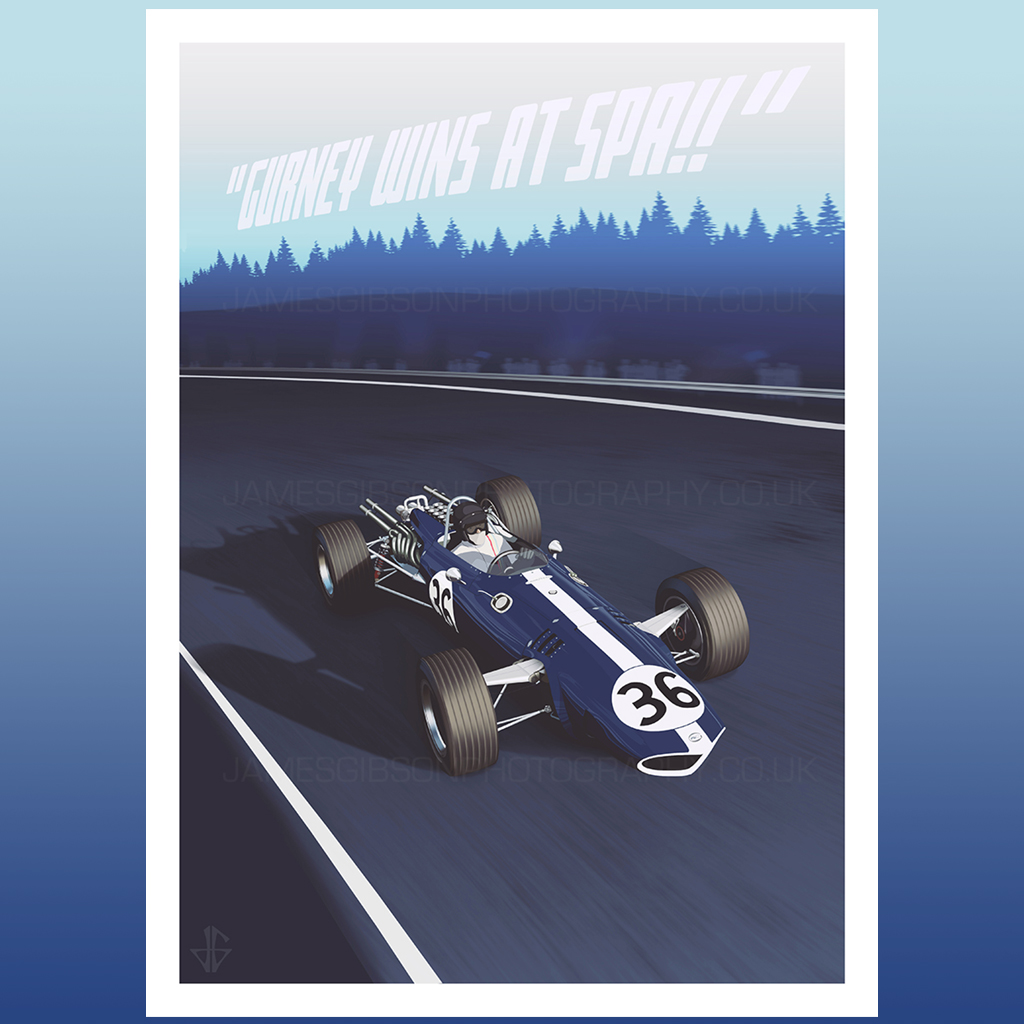 January 2018 saw the loss of one of America’s greatest motor racing hereos – Dan Gurney. As a racer he applied his talent with great success accross multiple different racing disciplines, remaining one of only three drivers to take victories in Formula 1, Indycar, NASCAR and Sportscar Racing- including an overall win at the Le Mans 24 hours.

He also saw great success as an engineer and team owner with the creation of the All American Racers team in parnership with Carroll Shelby in 1965. This team would see it’s first success as a constructor in F1 in 1967 with Dan winning the Belgium Grand Prix at Spa in the gorgeous Eagle – making Gurney one of only 3 drivers to win a Grand Prix in a car of his own creation.

To pay tribute to the man and that special achievement I’ve created the print below depicting Dan on his way to the victory at Spa. 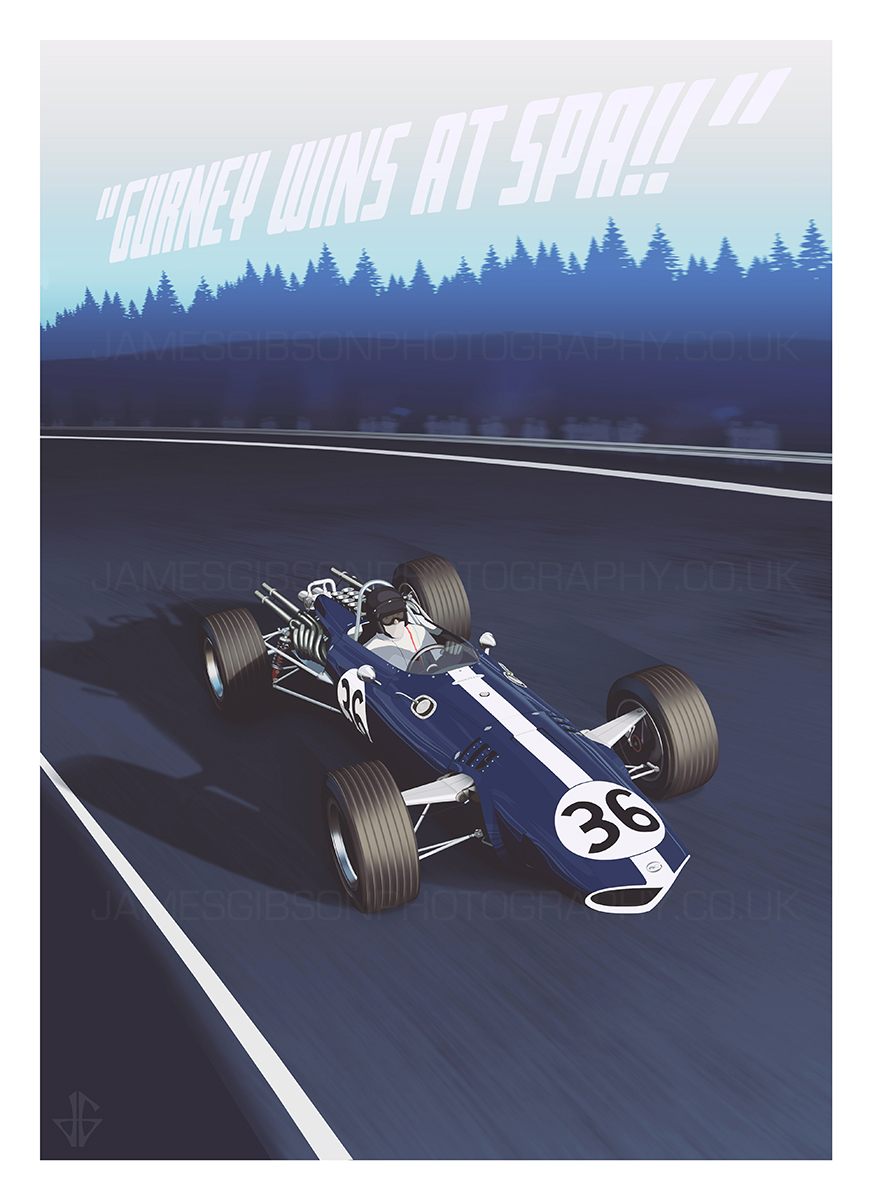 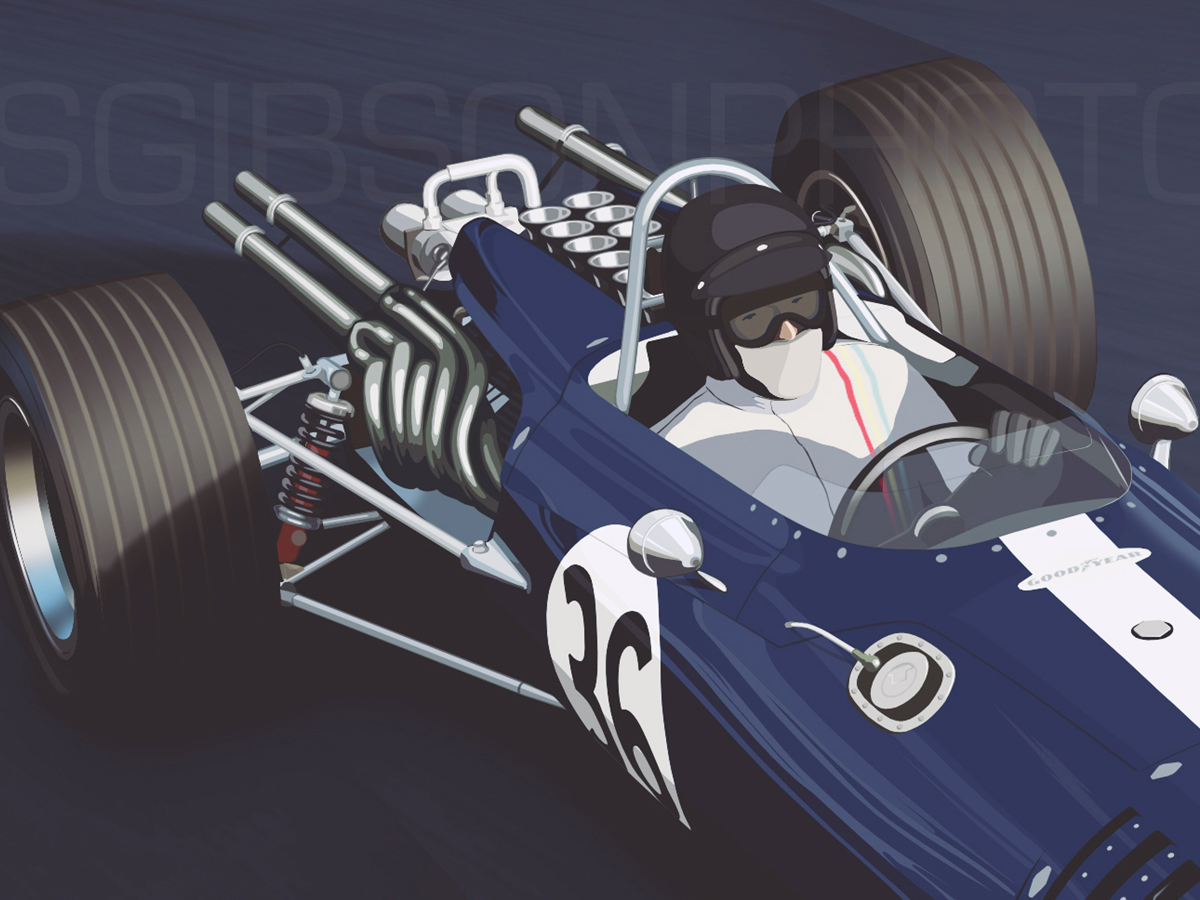 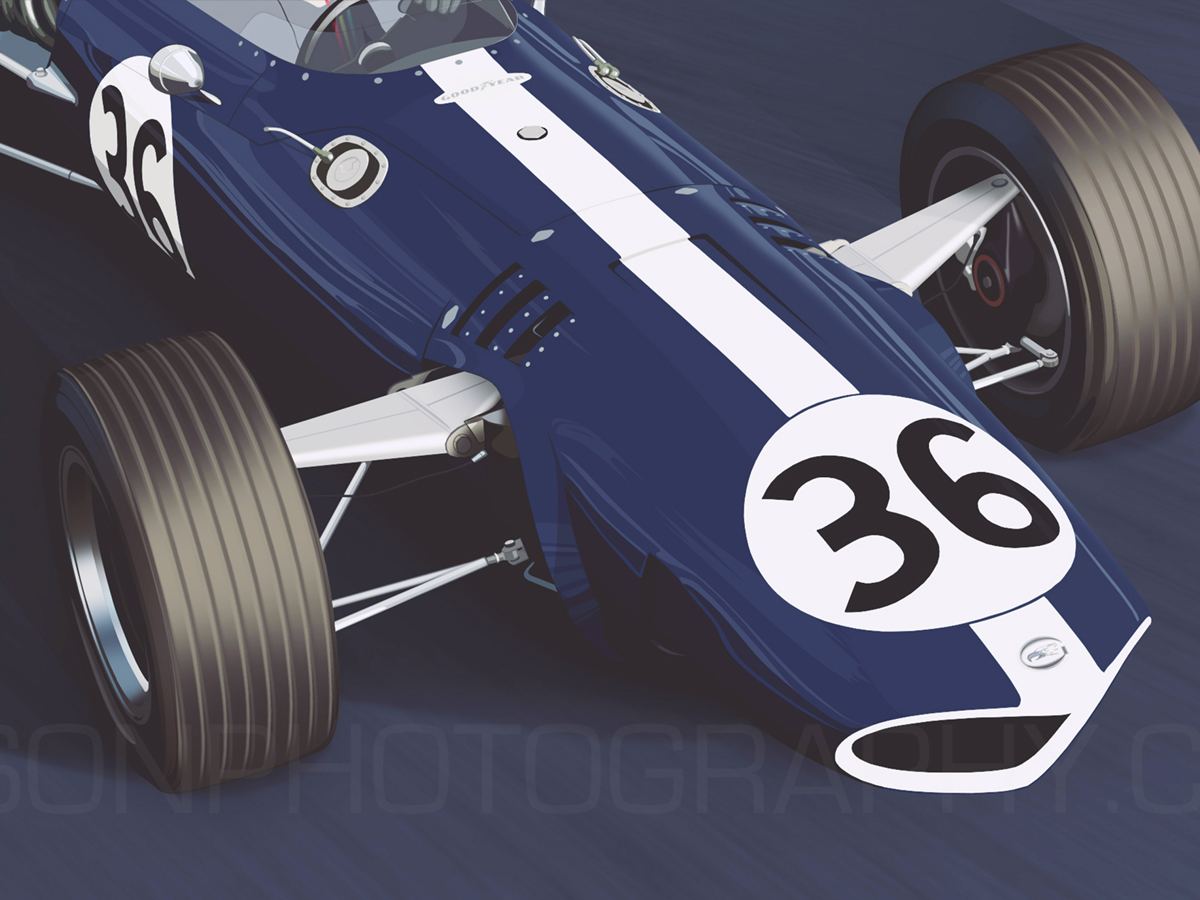