After a thrilling race in 2019, the historic venue of Monza once again served up a great Grand Prix; full of drama and a surprise winner.

Initially the race seemed to be following the usual formula we’ve seen recently with the at least one Mercedes checking out and heading for the hills. Meanwhile, the mid-field battle had fallen into stalemate via a DRS train.

The Dane’s HAAS came to a halt on the inside verge, on the exit of the Parabolica, just in front of the pit entry; chaos ensued. Safety cars, Stop/Go Penalties, a huge shunt, red flag and a restart later we were left with France’s Pierre Gasly in his Alpha Tauri leading the field with Carlos Sainz in the McLaren closing the gap.

In the final laps both drivers drove flat out to try and bag their first win. Ultimately, and perhaps most poetically, it was Pierre Gasly that held on to take victory. Gasly’s win, the first for a Frenchman in 24 years, proved to be redemption after his somewhat ‘unfortunate’ time at Red Bull and rounded off a tough 18 months which included the loss of his good friend Anthoine Hubert, in an F2 race at Spa in 2019.

This design is now available as an A2 fine art giclée print, in my online Print Shop. 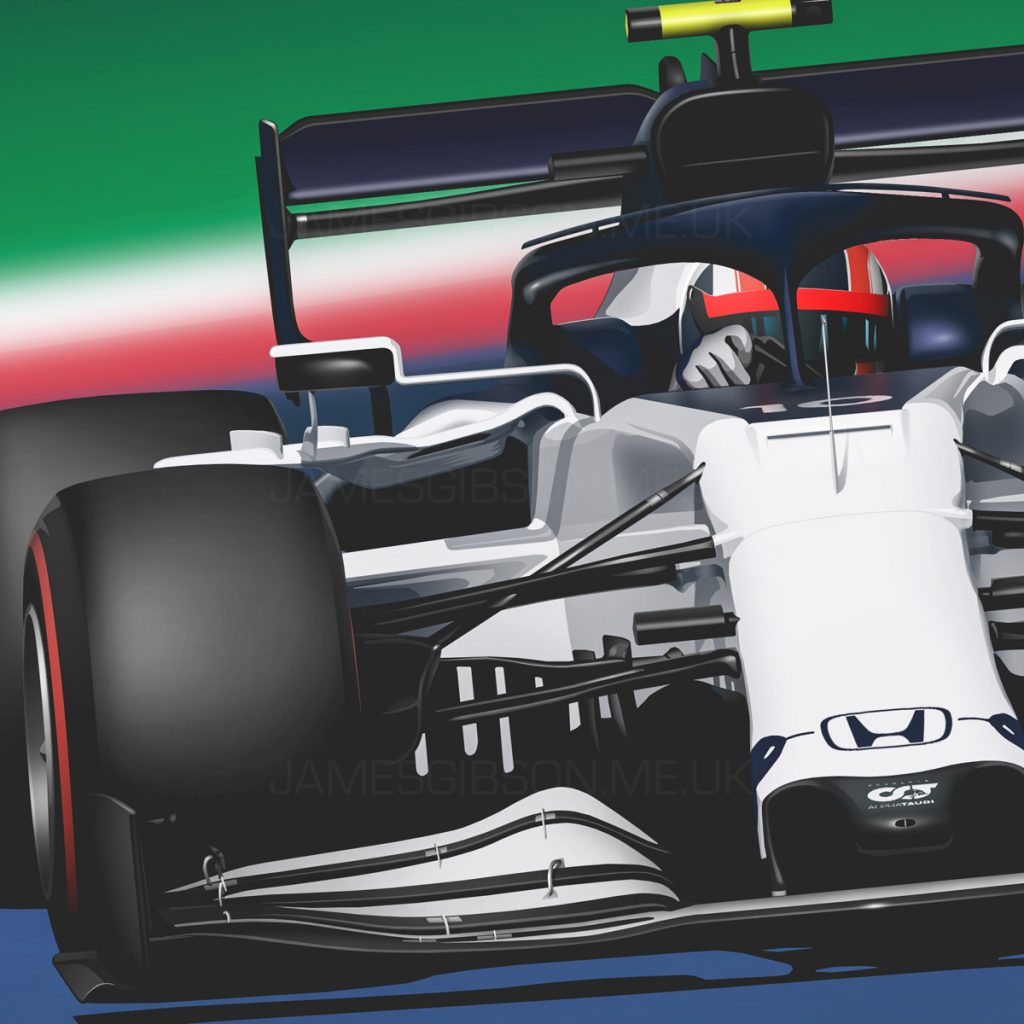