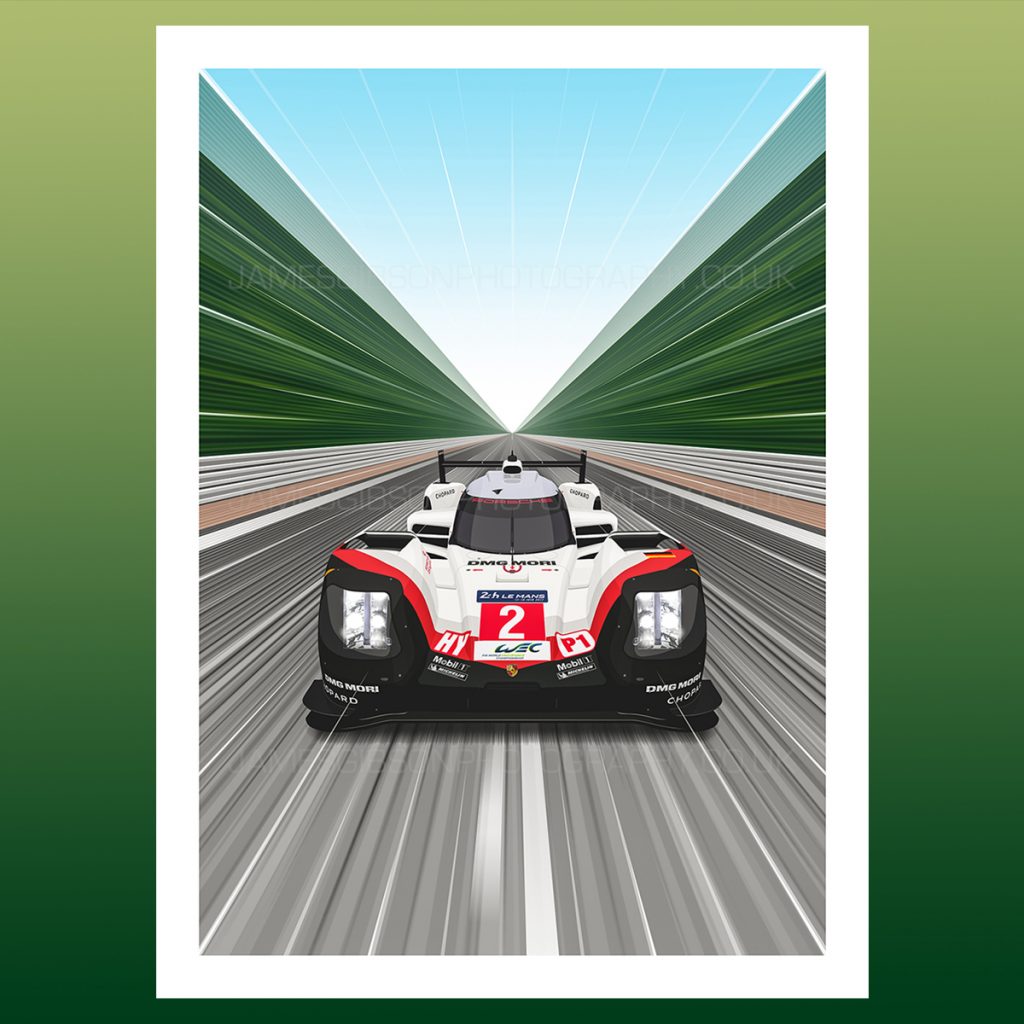 As ever, the 2017 running of the Le Mans 24 hours didn’t dissapoint for excitement and sporting upset.

After strong early running from the trio of Toyotas, the team’s run of cruel luck at la Sarthe continued as one by one the TS050’s retired through the night. The #1 Porsche was now miles ahead until it too encountered problems and was forced to retire. Step forward the #2 Porsche who after an early technical issue had lost 18 laps on the lead. A lead which it dually acquired in the 23rd hour and kept until the finishing line.

Victory number 19 for Porsche at Le Mans and proof if ever it was needed that you should never give up!

This is my tribute to that win, featuring the winning car at speed on the Mulsanne straight. Print is now available in my online SHOP. 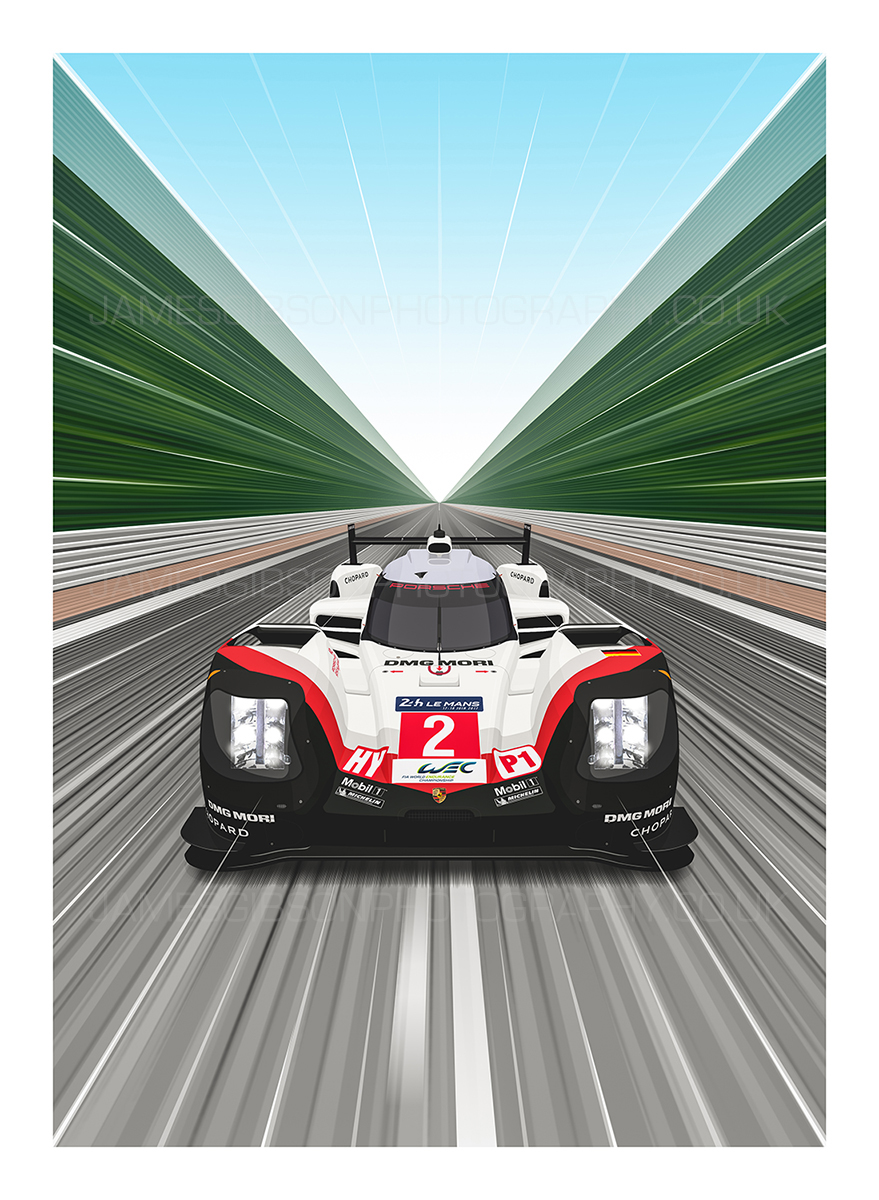