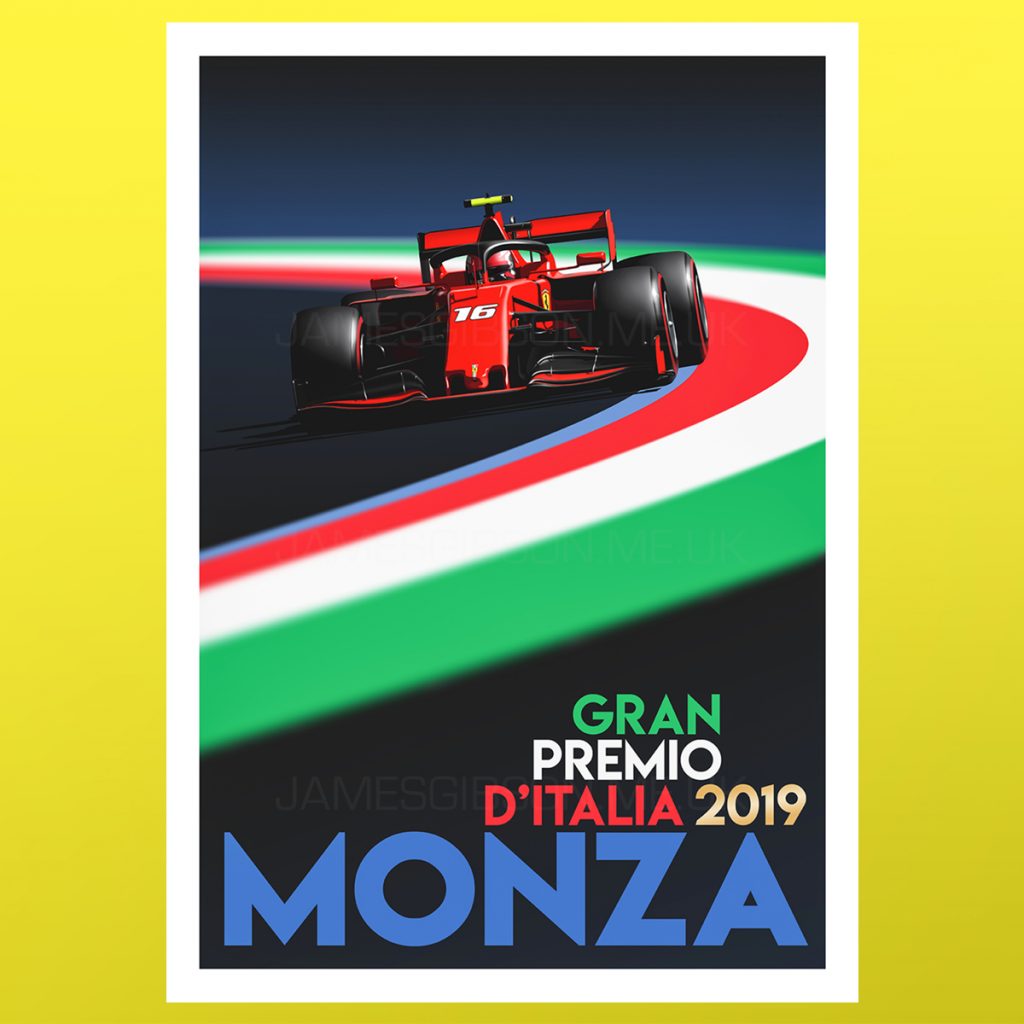 The Italian Grand Prix at Monza, in my opinion, was one of the best races of the 2019 F1 season. Fresh from his debut win at the Belgian Grand Prix, Ferrari’s formidable young talent, Charles Leclerc notched up his second win despite race-long pressure from Lewis Hamilton which resulted in some fantastic racing between the two. It was the first home win for Ferrari since 2010 and we were treated to the spectacle of the Tifosi celebrating in style – there’s nothing quite like a Ferrari win at Monza.

Soon after the race I created this poster in the tribute to that win with a nod to the style of classic race posters for the race at Monza.

This print is now available in my Print Shop as an A2 fine-art giclee print.