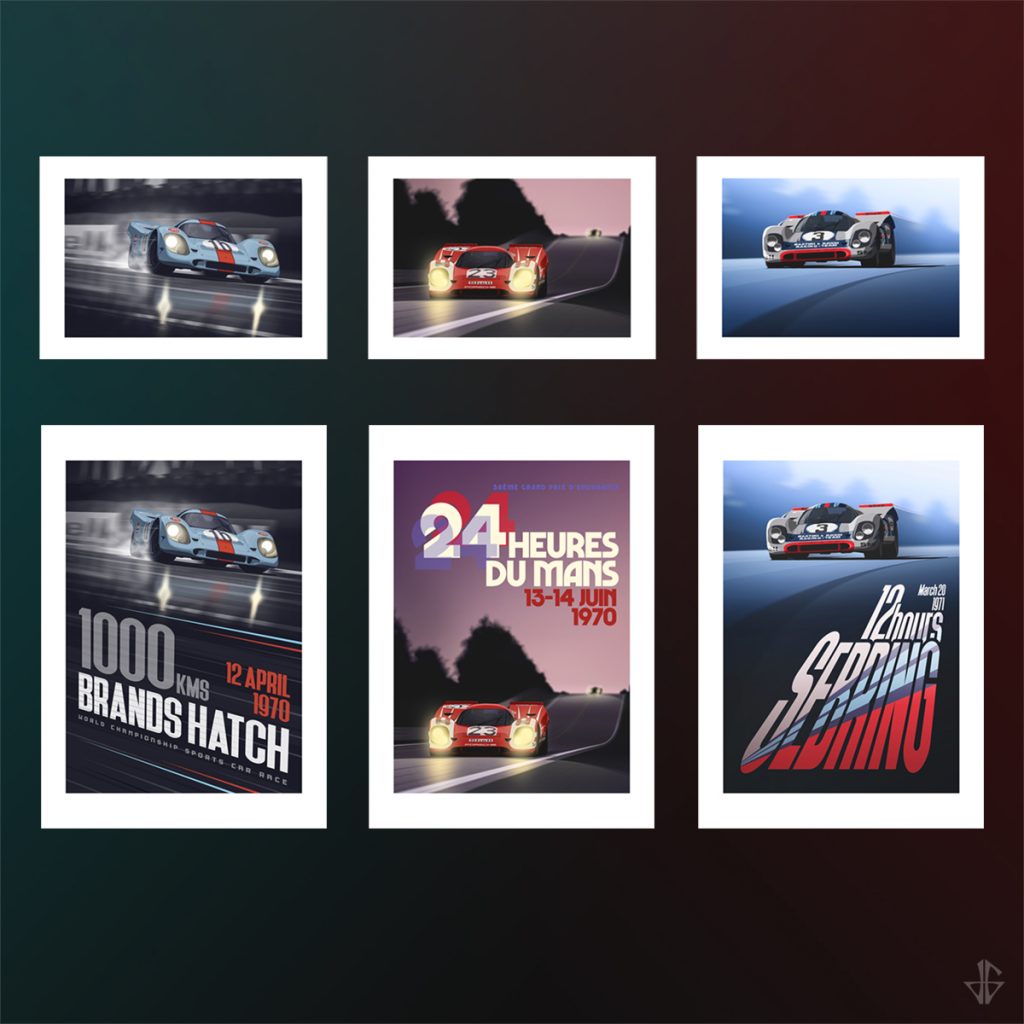 2019 marks the 50th anniversary of the launch of one of the greatest sportscars ever to take to the race track; Porsche’s monstrous 917.

It was recently described by Porsche as ‘the most famous racing car of all time’ thanks in part to a starring role in Steve McQueen’s film ‘Le Mans’ but also for its dominance in the World Sportscar Championship. Spectacular looking, explosively fast, hugely dangerous and piloted by absolute heroes; the 917 is the antithesis of racing in 70’s.

I’ve always loved this car, since watching McQueen’s ‘Le Mans’ with my Dad as a child. The anniversary was all the excuse I needed to indulge myself, producing 3 print designs featuring 3 key wins and liveries for the 917, as well as larger ‘race poster’ styles of each design.

Prints are now available to purchase in my online shop.